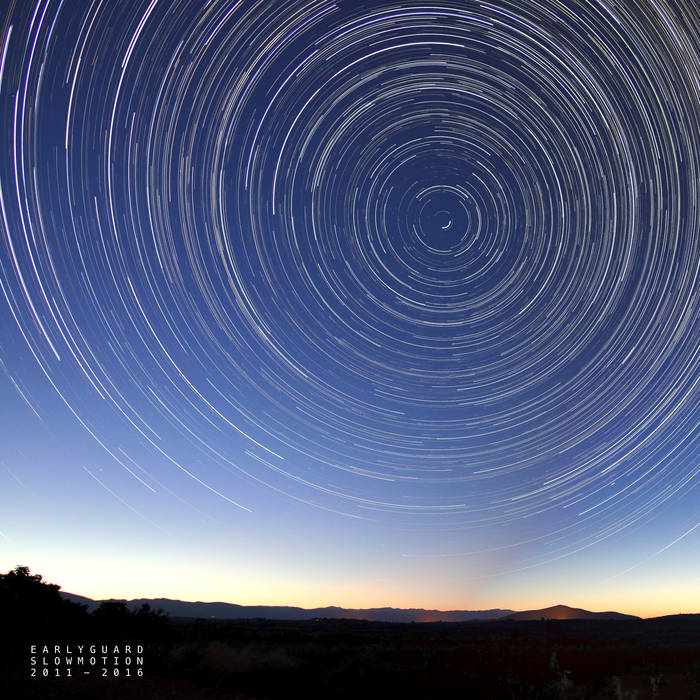 <=> The best entry to the works of Earlyguard. Deep, vast, desolate, minimal and most importantly to me, peaceful ambience. Contribute what you can and enjoy! Peace Favorite track: Introspection.

"To me, Earlyguard’s music is priceless and timeless. His mastery to compose well-crafted well-balanced well-paced ambient longforms is otherworldly. His pieces are journeys through ample inner mindscapes, beyond space and time. They foster a strange state of mindfulness that is sometimes difficult to reach in today’s world. I truly enjoy listening to his music — doing so somehow deepens the streams of our everyday existence, as if they were under the spell of an age that is yet to come."

Some people demanded re-releases of my unavailable longform stuff. I've thought about a way how to make the music accessible again without adding plenty of albums to Bandcamp. This massive compilation is the result. You can download all 26 tracks in one go and listen for an enormous amount of time to longform ambient drone music. As a bonus the original cover artwork is included for all you completists. Life is short, so waste your time wisely. ;)

composed and produced by
Thomas Frühwacht

Cover photo found on Pixabay under public domain
and edited for this release by Thomas Frühwacht
pixabay.com/de/photos/sterne-wanderwege-nacht-828656/